Off-roaders have much to photograph, your ATV or UTV, the landscape you ride in, or the adventures you’re on with friends or family. There have to be pictures! This post will help you best capture the moment. Below are simple secret tricks provided by the top off-road riders who always inspire us with their powerful action shots.

It’s Not What You Have, It’s What You Know

You may be thinking you have to buy a high-end camera to get great ATV pictures. Those are nice to have, but you don’t have to wait for one to get photos you’ll love. Your phone camera or an existing camera you have is probably capable of more than you realize. You may also be able download apps to your phone to enhance its capabilities. Familiarize yourself with the phone’s camera settings so you’ll be prepared to change shutter speeds and select options for different types of photographs while you’re in the moment. 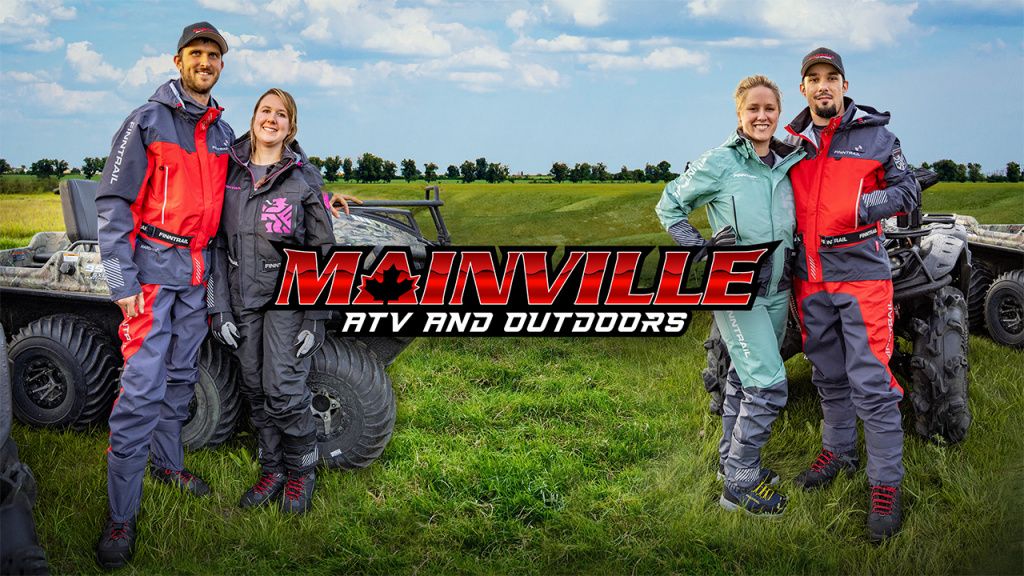 "What I like to tell everyone is you don't need to spend $15,000 on a new Canon R3 and L-Series lenses like I have. It always comes down to the right light, the right composition and the right moment. If you know the sport you are shooting then you likely know exactly where to stand with your cellphone when your goofball buddy comes barrelling through the skeg to get that banger of a shot.

I'll leave you with a personal tip; every ATV and UTV looks best from a three-quarter angle. If you want it seem grand and larger than life, take the shot low and with a wide angle.

Get out there and take those bangers!" 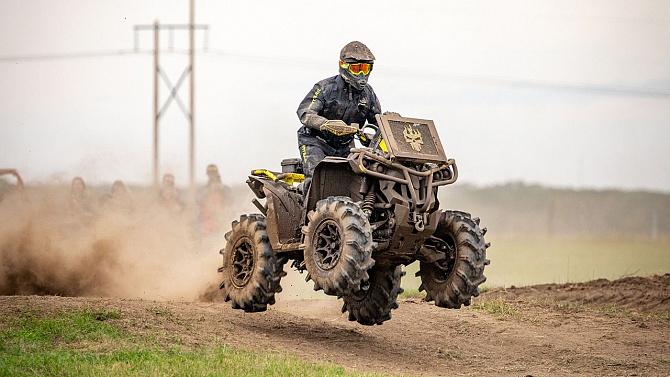 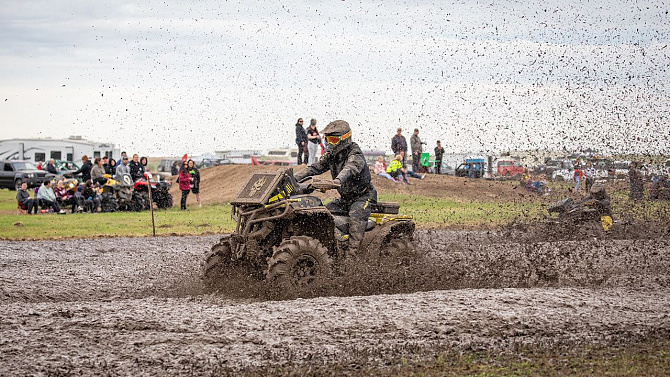 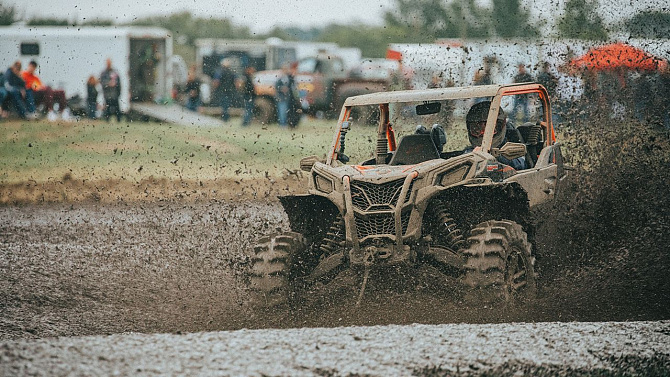 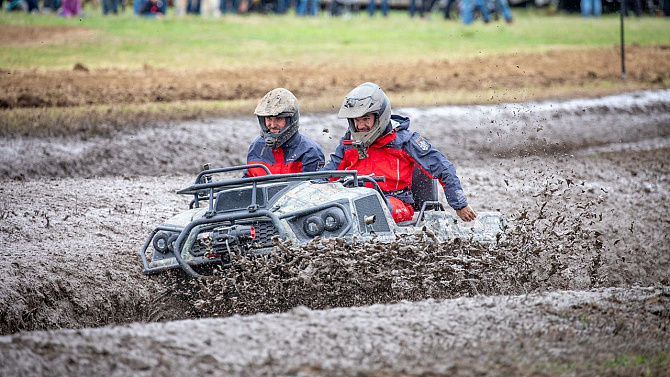 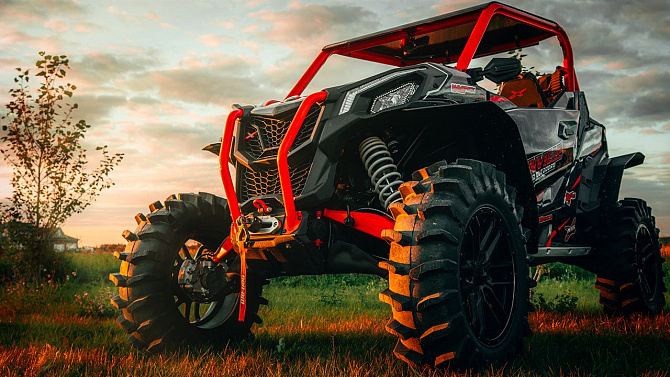 One of the most important parts of great ATV pics is the composition. Where and how is your ATV positioned in the shot? How does it appear in relation to trees, mountains, streams, roads, other vehicles, or whatever else is in your shot? By that, I mean how is it framed for the best impact or meaning? If you’re in the woods, you could show trees behind and one partially obscuring your vehicle to give the photograph depth and emphasize how you’re surrounded by nature. You can also direct a viewer’s attention to your ATV by lining it up with a road or object in the photograph, something else that literally leads to the ATV.

Strategically using colors and patterns adds extra oomph to an ATV photo. You could shoot your blue ATV next to an equally blue river or your blue tent. The opposite can also have great impact. If your ATV is the only thing in the shot of a certain color, it can make a powerful contrast against the background. You have to judge by the individual photo op.

Some other vehicles and people can be impactful in a shot, but once you get too many of them, it can just look busy and distracting. Focus on what’s important in the shot, the vehicle or group vehicles and the landscape.

Having something dead center in a shot is often not the ideal look. It seems a bit too perfect. Compose the shot so the ATV is slightly off-center, or more, depending on your photo op. If it is dead center, it could at least be turned so it isn’t a straight shot.

See the Vehicle Not the Light

It’s very easy for outdoor pictures of four wheelers to end up overexposed. If you’re in very bright light, you probably need to adjust the ISO setting.

Shoot for the ATV

ATVs have good camera angles just like people do. Make sure the most exciting parts of your ATV are shown in prominence and detail. Lower angles, such as around the same height of the ATV or lower than the ATV are best, depending on how close you are to it. They make the vehicle look more powerful. Shallower depth of field can also help you make sure details you want to include stand out. 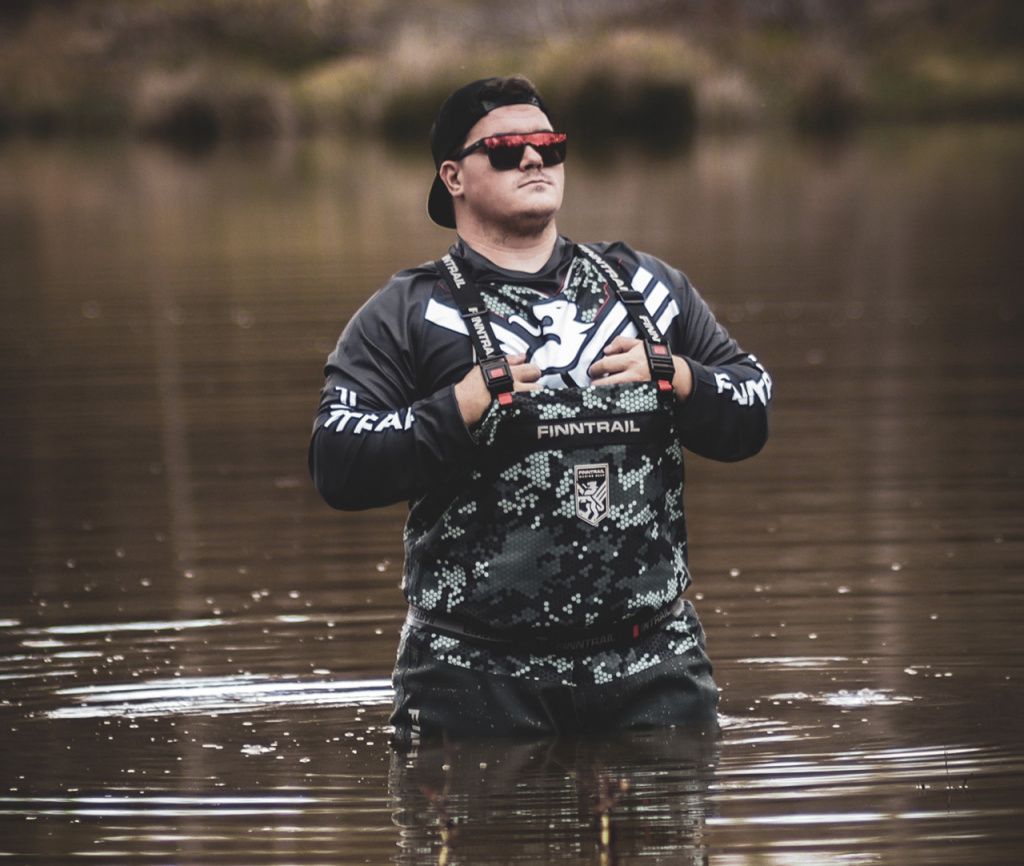 "You want to pick and choose where you’re shooting at such as in the front, to the side, or behind of the action that’s going on. Or that’s about to go on. Mainly you want to get your shots from the front because you want to see what ride someone is on. You want to see the persons face, and just generally be in the area to where the action is coming towards you.

Another key comment is angles. Generally you want to be middle level or lower than your subject so as to catch a little bit of everything you’re trying to shoot. Angles are important because it can define a good shoot from a bad shot. If you’re 10ft above your subject, it’s going to be a bad shot because you can’t see generally any of the things mentioned in the positions section." 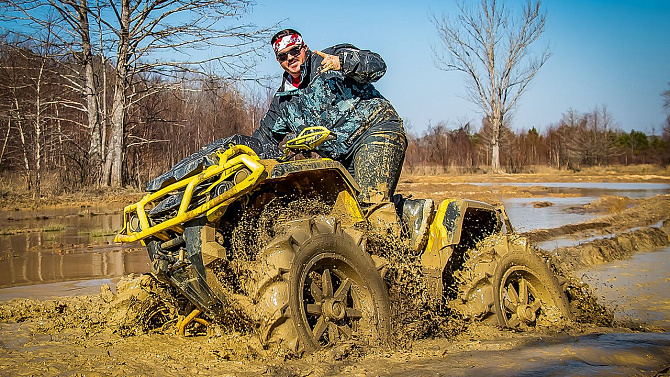 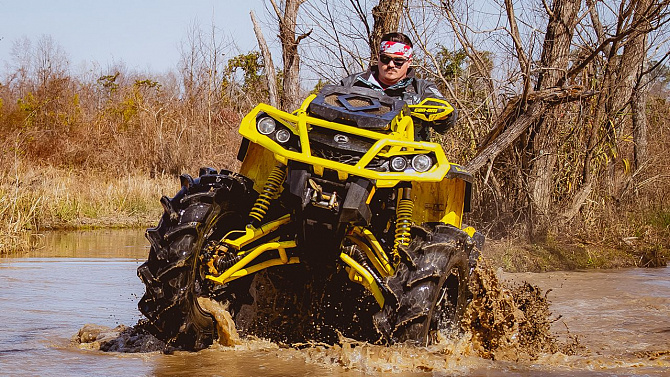 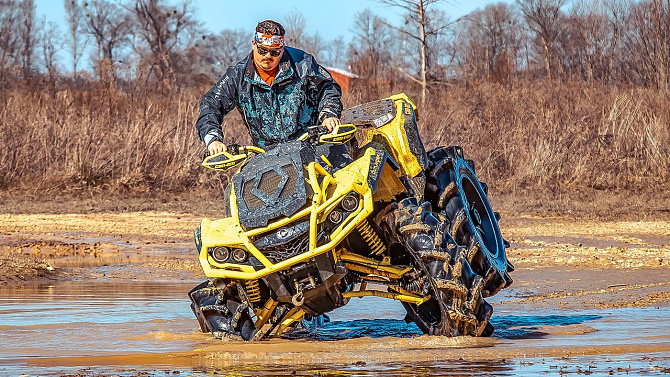 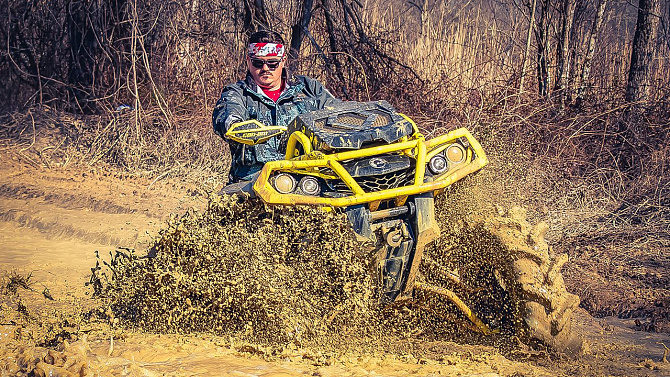 You’ve got to know how to take action shots. What are ATVs without action? Thankfully, all you really need to know about this is to make the shutter speed faster or set the phone to action mode.

Pose with Your ATV

Who own’s the ATV? You do! Who’s doing that stuff? You and your friends! So, you’ll probably want people in some of your shots. In action shots, people will naturally be in the shot. Don’t do any fancy poses for action pictures of quads. Still put safety first, or your photo will be a before-the-accident photo. If you’re taking a still shot of an ATV, the starring person can be sitting on the ATV in the seat, on the front, wherever. They can be leaning against the ATV or standing beside it. ATV selfies are a thing too! Go for it! Again, just take the selfie while you’re parked.

Learn from other riders

Bonus secret tricks for you who read till the end. 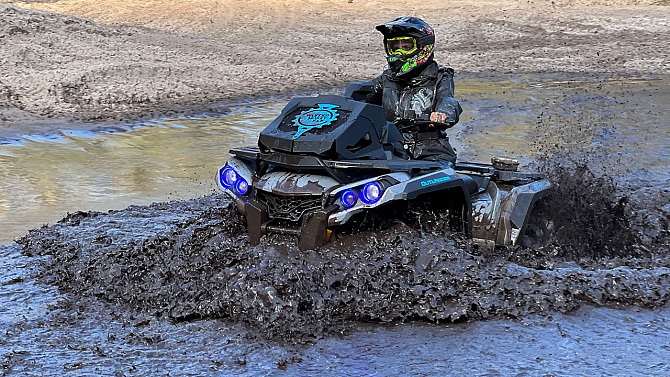 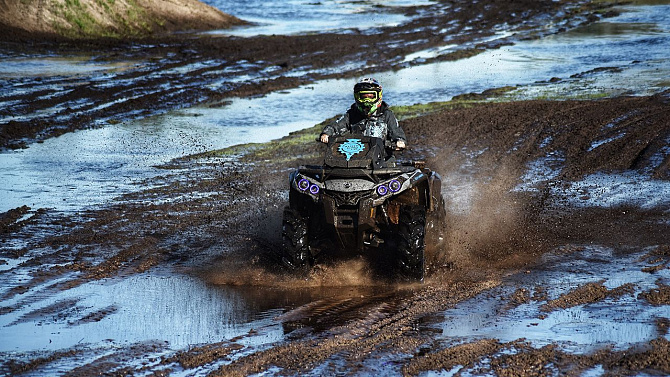 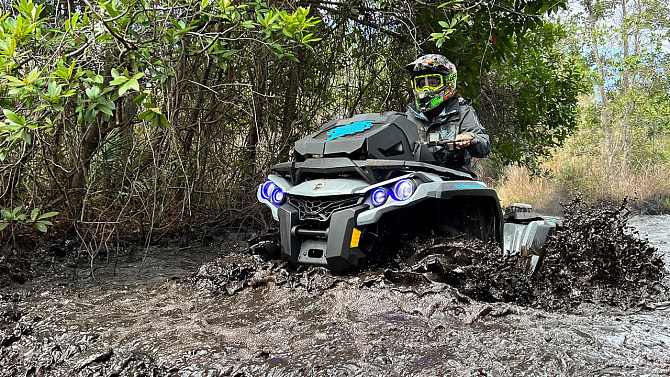 If you’re using a cellphone camera 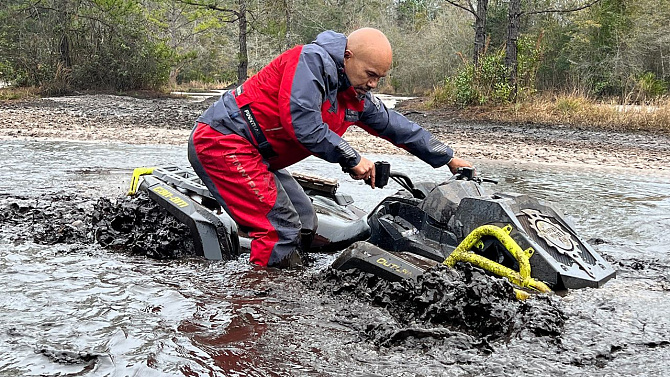 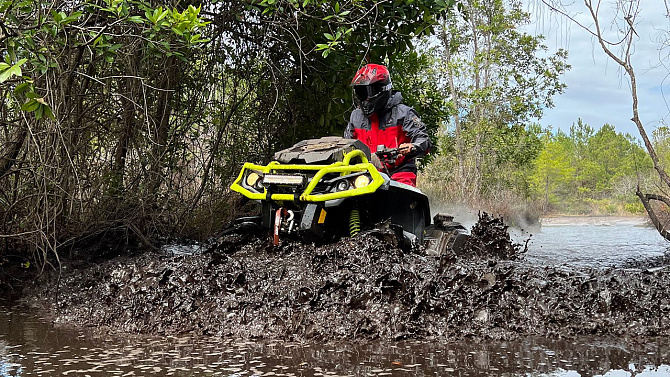 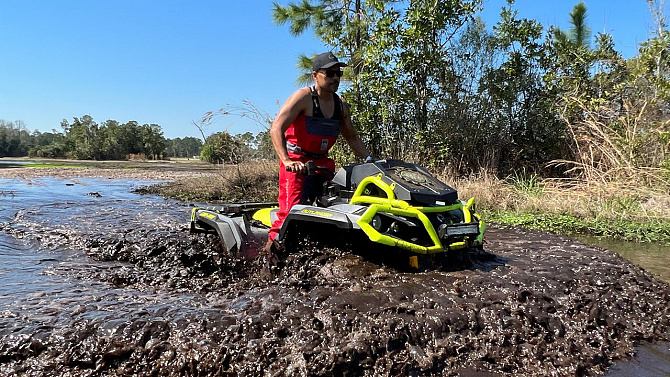