ATV Is Stuck in Reverse: How to Fix It

Everyone experiences a weird issue with their ATV at one point or another. Sometimes, you’ll get steering issues, cooling issues, or problems with the throttle. These seem easily fixable, but when your ATV is stuck in reverse, how to fix it feels like a mystery that no one can solve. This problem happens to some people and when it does, it confuses everyone as if the ATV has a mind of its own.

Luckily, there are a few different tricks to figure out why your ATV is stuck in reverse. Hopefully, the issue can be resolved with some simple fixes, but you may also be looking at more serious issues inside the engine and transmission. We’ll go over a few easy fixes before you need to head into a mechanic’s shop and start tearing the engine apart. 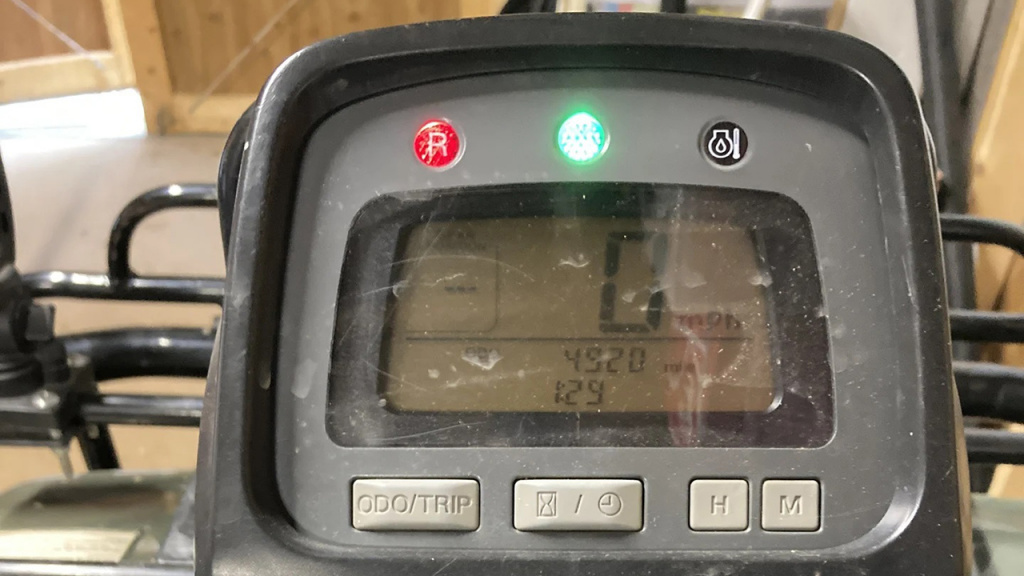 Shift with engine off

Sometimes your fix can be as simple as shifting while the engine is off. This takes away a lot of different moving parts that can force your transmission to be stuck in reverse and will allow it to shift freely while the motor is off. Unfortunately, this still means that there is an issue happening so you may need to continue to diagnose and figure out the problem, but you can ride in the meantime.

There is oil inside of the shifter box that ages poorly and can build up a lot of gunk which makes shifting more difficult. If you replace the oil entirely, you may find that shifting is much easier. It’s possible that you’re experiencing difficulty shifting, or even being stuck in reverse, due to a buildup of old oil.

It’s possible that the splines on the bracket that the shifter rod connects to are stripped. If this is the case, you can try rocking the ATV back and forth while pushing backward on the rod and hitting the back of the bracket with something. It may come out of gear and could allow you to ride while also fixing the splines when you have the time.

Your ATV may have jumped over to the low range side of the shifter box, which won’t allow you to shift out of reverse. The ATV is trying to shift into low range, while you try to do something else. You need to check underneath the shifter box and examine if you are working on the low range shifter or not. To fix this, all you need to do is take the linkage off the rear shifter and ensure that it pops back into normal function.

Finally, it’s possible that you have more serious issues inside the engine going on. Gears, gear forks, and shift drums can often get messed up and result in an ATV that’s stuck in one gear, such as yours in reverse. This will require a complete engine overhaul and you’ll need to be very skilled in taking apart and putting back together an engine.