How to Jump Start an ATV

Out on the trail a dead battery can mean struggling to get home safely. When you’re at home, using a charger is an easy fix, but that’s not something you always have easily accessible. This guide is to get you to learn how to jump start an ATV and help you to get off the trail safely.

A lot of us are guilty of accidentally leaving lights on while we step away from the ATV for the day or just letting the battery drain over time with new accessories. It’s a position that many ATV riders get into and being the one to know how to jump start the battery is a great role to play. 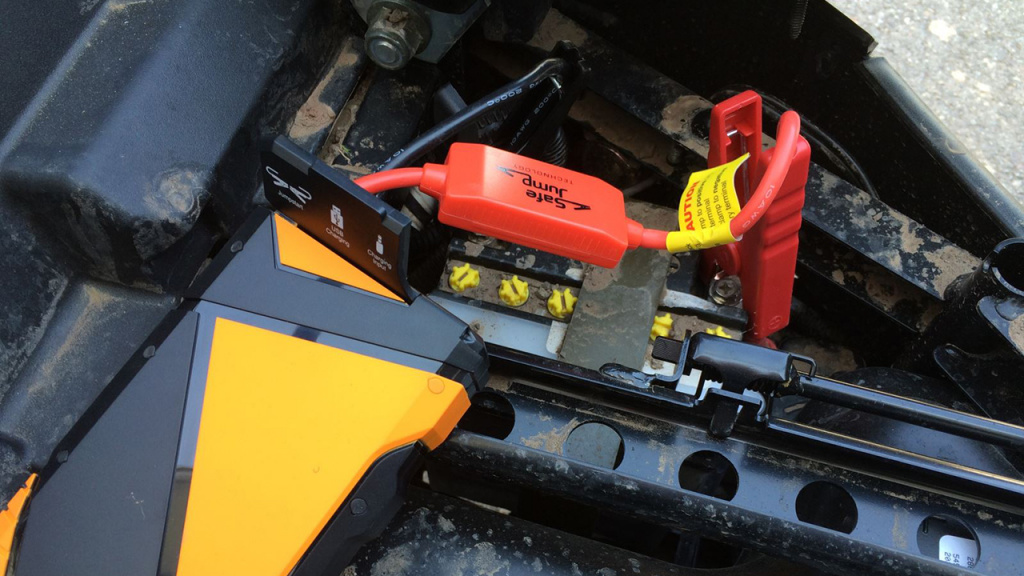 Make Sure It’s the Battery

Before you get out the wires and start connecting to random things, make sure the battery is even your problem. There are plenty of reasons why an ATV won’t start and the battery is just one of them. If you’re pressing the engine start, or trying to crank on the key, and getting no response at all, it’s possible the battery is dead.

Try turning on the headlights if you have them. These will likely not turn on if the battery is dead, but sometimes you can be fooled and have just enough juice left to light up the headlights without turning over the battery. You can also look at the connections to make sure something hasn’t come loose while riding before trying a full jump start.

These batteries lose their ability to hold charge over time as the acid inside of them just becomes less effective. If you have a dead battery, it’s possible that your battery isn’t capable of holding as strong of a charge anymore, or you just let it run completely dry.

One method of getting the ATV started with low juice in the battery is a compression start. This essentially makes it really easy for the engine to turn over and requires much less energy from the battery than a full turnover.

Turn the ATV on and put it in first, then start to push. You want to get the ATV up to 10 mph so a hill would be a huge help in this scenario. As you start to get moving you can start to let go of the clutch and add gas. Hopefully this momentum will help the engine turn over and get you back on the trail.

To jump start your ATV, it’s best to use another ATV. Connect the jumper cables to the good battery with the red or orange clamp on the positive terminal and the black on the negative or a piece of metal to ground the power.

Next, attach the cables to the dead battery, black to negative, and orange or red to positive. Turn on the ATV that is working and let it run for about five minutes. After this, you can try to start the dead ATV. Once the engine is turned over, remove the cables in the exact opposite way that you put them on, being careful to keep the metal away from you and other metal.