How to Start an ATV Without the Key

Keys get lost. You may lose yours, but that doesn't mean you can't use your ATV. This post will tell you how to start an ATV without the key, often using simple hand tools you probably already have at home or in your ATV toolkit. Some methods can be used in the short term and have little impact on your ATV, others may permanently change and/or damage your ATV. 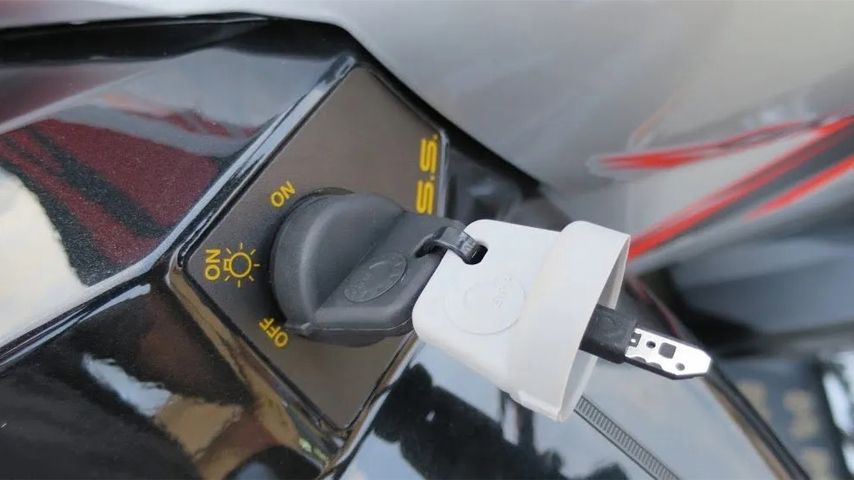 This option is included because you may not realize it is available to you. Even if you've driven to your riding spot before you discover the missing key, you may be able to have a key made by a local dealer.

You'll need the replacement code from your key, so you'll need to have this ready. Taking a photo and emailing it to yourself is a good way to make sure you have it before it gets lost.

It may be possible for the dealer to make you a new key based on your ATV's VIN and model numbers, but you are relying on the fact that they don't think you stole it.

Locksmiths might serve the same purpose, if you can't get to a dealer.

Strip the wires to expose the copper underneath and entwine the red and black wires together on the engine side of where the ignition was. Take electrical tape and wrap it around the wires to secure them in place. This will manually perform the same function as the ignition switch and start the ATV.

When you're done with the ATV, unfasten the wires to turn off the ATV.

If your ATV has more than two wires, ignore the ones that aren't red or black.

If your ATV has an electric start, you can use this method. Your solenoid should be near the battery and wiring harness, but you may have to remove a side panel to access it.

Take a wrench or something else metal and lay it on the connectors of the two big wires that are coming out of the solenoid. This should give your machine a jump so you can start the ATV. The downside is that if you aren't really careful, the metal can cause a short or damage electrical parts of your engine.

Who Needs a Key When You Can Jam a Screwdriver in There?

You can start your ATV by taking a flat head screwdriver and hammering it into the ignition where the key is supposed to go. It will break the pins inside the lock and make the ignition function like the key is in there.

As long as you ride like this, you'll be running the risk of being stopped because this is a common method thieves use to steal ATVs and they'll think you'll stole this one.

It is also possible that it won't work.

If it is possible to do so, replacing the ignition switch is the method of starting your ATV that is at the same time the most reliable, most long term, and safest for your machine. You will, of course, buy the new switch, remove the old, and install the new. It will come with keys.

Starting your ATV without the key is one of the scads of reasons that you need to have a toolkit on your ATV. If you don't have one, get one before you go out again.
Choose options that don't require you to cut wires before you think of cutting wires. If you do cut them, make sure to tape them with electrical tape.