How To Tell If A Used ATV Has Been Sunk

Often, you’ll come across a deal and think that you can’t pass on it because the ATV is so cheap! Unfortunately, this can be one of the first signs that something terrible is happening with the machine and you probably shouldn’t buy it. It isn’t, however, always a dealbreaker.

When buying something, determining if a used ATV has been sunk before is essential. A sunk ATV or a flooded ATV will have problems that are difficult to come back from even if you know how to fix a sunken ATV. There are certain things to look out for if you think what you’re buying might have been underwater at some point. 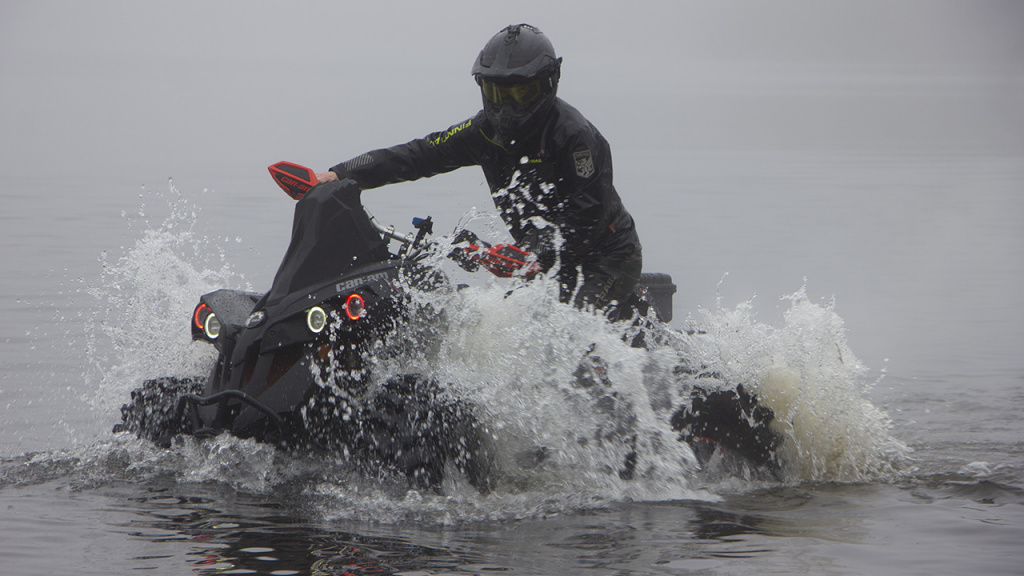 Signs That an ATV Has Been Sunk

Okay, we get that a lot of ATVs go into the water at one point or another, but that doesn’t mean that they’ve been flooded. A sunk ATV gets water into parts of the engine that are meant to stay dry. In these cases, it can cause issues that you don’t really recover from.

In order to avoid a major load of future issues, here are some signs that the used ATV you’re looking at may have flooded before.

If you are finding corrosion happening at different connection points for the wiring, this means that water has gotten into places where it doesn’t belong. This is common on the battery, so don’t use that as an indicator, but look elsewhere.

Rust spots can be common on older ATVs, but if you’re finding rust higher up it can be a sign of long-term water damage. Even if this isn’t a result of flooding, it means the ATV wasn’t cared for and you probably don’t want to buy it.

Sand and Dirt in the Engine

Sand and dirt in the engine will show up when doing work on the engine. Someone can clean the exterior of the engine but a lot of the cylinders may still hold dirt leading to squeaking and grinding noises that can be a sure sign of damage.

Go and take a quick ride around. Try and do it both on pavement and on the trail. Listen for any sounds that are out of the ordinary, misfires, and fumes coming out of the exhaust. Sunken ATV engines won’t run as well and you’ll be able to feel the difference.

Get It Looked At

If you don’t trust your own gauge, don’t be afraid to ask for an inspection. For a bigger purchase, you can spend the $100 to get a mechanic to take a look and let you know if it’s a good purchase.