How To Tell If ATV Engine Is Locked Up

Most often, an ATV engine will lock up because of oil starvation and overheating. This leads to different parts of your motor actually welding together with the immense levels of heat being produced. Without oil, there’s too much friction and different pieces of metal eventually become one.

To be able to tell if your ATV engine is locked up, you’ll need to get at the crankshaft and be able to try to move it with some tools. If it moves, you’re looking at a different problem. If the crankshaft won’t move no matter what you do, it’s likely that your engine is completely locked up and you’re in for a lot of work to fix it. 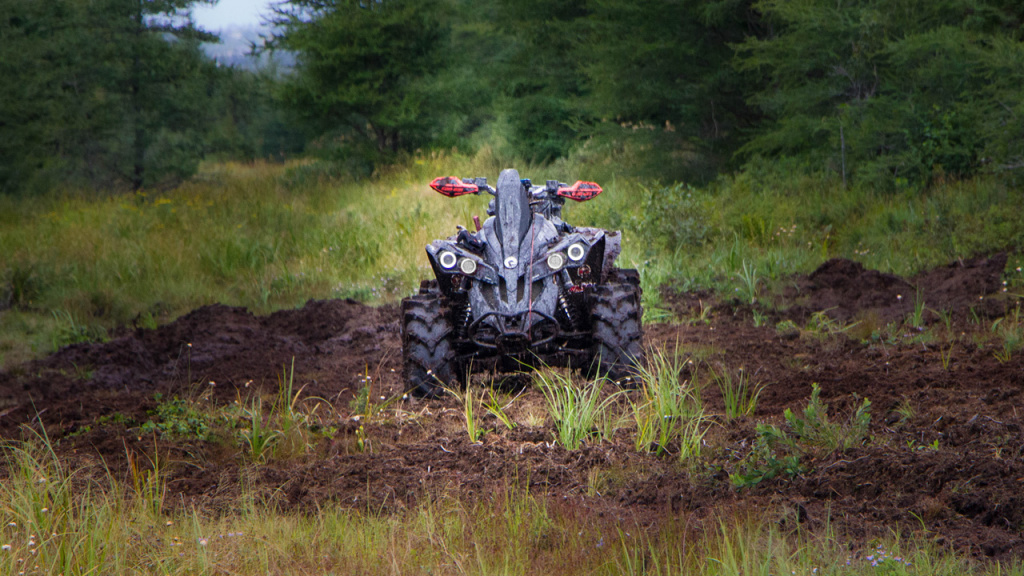 Testing for a Locked Up Engine

The only way to really know if your engine is locked up is to take off the pull start on the rear, take the spark plugs out, and try to move the crankshaft with a socket on the crank bolt. If you’re able to get something to move, you’re in the clear. If nothing happens, then your engine is likely locked up.

If you are riding an ATV without a pull start, you’ll be doing the same thing but by using a socket and ratchet on the flywheel bolt to try and move the crankshaft. Again, if it doesn’t turn for you, then it’s locked up.

One of the most common causes of a locked up ATV engine is an oil issue. You may have starved your machine of oil, or you may have bad oil in there. Either way, the end result is overheating to a point that locks the engine together and makes for a truly difficult fix.

You may also have rusted cylinder walls if you have an older ATV that hasn’t been cared for very well. This is a bit easier of a fix since you can likely break through the rust with sheer force.

Ways to Fix a Locked Up ATV Engine

The first thing you need to do when working to fix a locked engine is to disconnect any accessories that the crankshaft works on. The crankshaft moves a lot of belts that will run any accessories you have installed, so to make it easier you have to make sure you get all of these parts disconnected or they will be working against you.

Next, get to the spark plugs and remove them. Remove the spark plug wires and be sure to know which wire belongs with which cylinder, otherwise the timing can be messed up later on. Then take the actual spark plugs out. Do this with a socket wrench, very gently.

Removing the spark plugs allows for any pressure that’s built up in the engine to be released. If you don’t remove the spark plugs, you’ll be fighting against a lot of pressure made from a strong-working engine (back when it wasn’t locked).

Inside of the cylinders you will apply a penetrating oil all around the walls of the cylinder. Give this oil a few hours to work past the piston rings and attempt to break up any rust that may have formed. Once you have given it a lot of time to work, you can attempt to turn the crankshaft.

Locate the crankshaft and attach a socket to the crank bolt. Turning this clockwise with a large breaker bar will, in theory, turn the crankshaft and possibly release the engine. You may need to attempt this multiple times with a mass amount of penetrating oil in the engine cylinders.

You can always fill the cylinders with oil through the spark plug wells and apply serious force to the breaker bar with a pulley. Over time, it may start to move when the oil has done its job. If you can’t get it to turn after multiple attempts, you may need to seek the help of a professional.