How to Troubleshoot Issues with EFI missing on one cylinder

If you’re the one rolling around in your ATV and making people duck and cover because they think there’s a gun constantly going off, it’s time to troubleshoot your issues with an EFI missing on one cylinder. Misfiring cylinders can be annoying, as well as completely failing to provide power to your engine, meaning you’re just wasting fuel.

There are a lot of reasons why you may have misfiring cylinders, so it’s important to understand how to fix one ATV cylinder that isn’t firing. If you know how to fix it, you might know what’s going on, or at least be able to find out the main culprit. Misfiring comes down to two main perpetrators, the ignition and the fuel. Ever since carburetors were replaced by electronic fuel injection systems (EFI), you don’t need to worry as much about an engine misfiring, but it can still happen.

Today, we’ll focus on how to troubleshoot issues with EFI that is missing on one cylinder and leave the ignition aspect to another day. 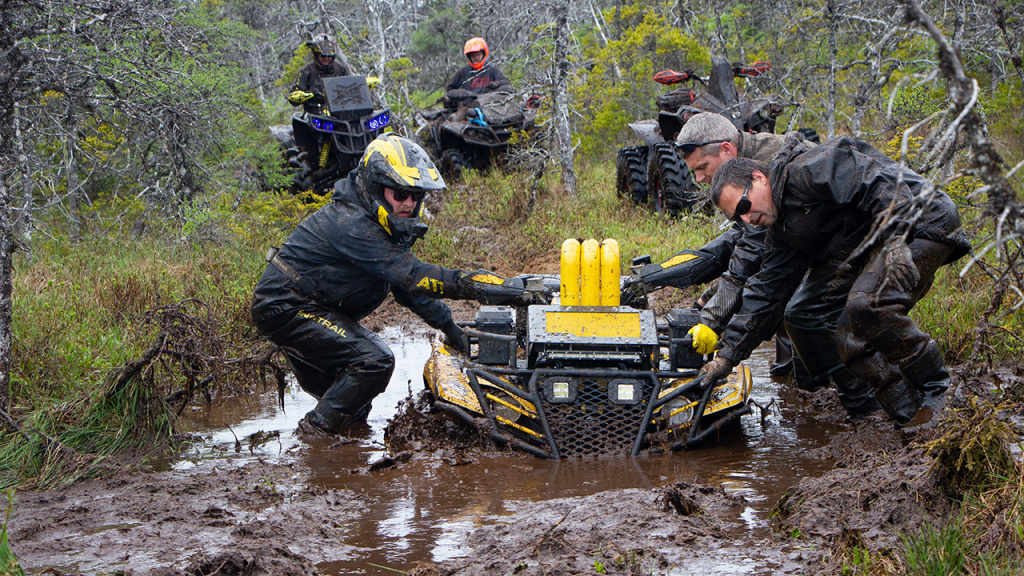 The first thing you’ll want to do is pull the fuel injectors. This can be a tricky business, but it’s important to get in there and see what’s going on. You could have an engine cylinder misfire due to a wide swath of issues, but the fuel injectors are going to tell you more of the story. If you can get them out and look at them, you may be able to troubleshoot the issues right away.

Sometimes it can be as simple as having fuel injectors that are far too dirty. These get filthy over time and as the grime builds up, the injectors can get clogged, leading to an incorrect ratio of fuel to air being sent out. That can easily lead to a misfire, as the mixture may not ignite and then will build up to have one solid blast that you feel.

Fuel injector cleaner is a great way to break through any serious clogs and get your system back up and operational. If you dump some cleaner into your next tank of fuel, you’ll want to run the engine for a while with high RPM, get the motor nice and hot, and then let it sit overnight. The cleaner you use, the better it will work, so you may as well get a ton in there.

Another issue with the EFI is getting low fuel pressure. If you aren’t getting enough fuel through the fuel injectors, you may have a pressure issue that you need to troubleshoot. A cylinder that misfires tells you that something is wrong with the ignition or the fuel, so this will let you know if you have the right amount of pressure being built up in the fuel.

Check the pressure with a gauge, and if it’s low, you may want to check how much voltage is being sent over from the battery. A bad wire or a low battery can be the cause of this issue as well as a clogged line. You need to work backward in order to troubleshoot the misfire in the cylinder that you have, and that will eventually lead you to the source as you fix things along the way.