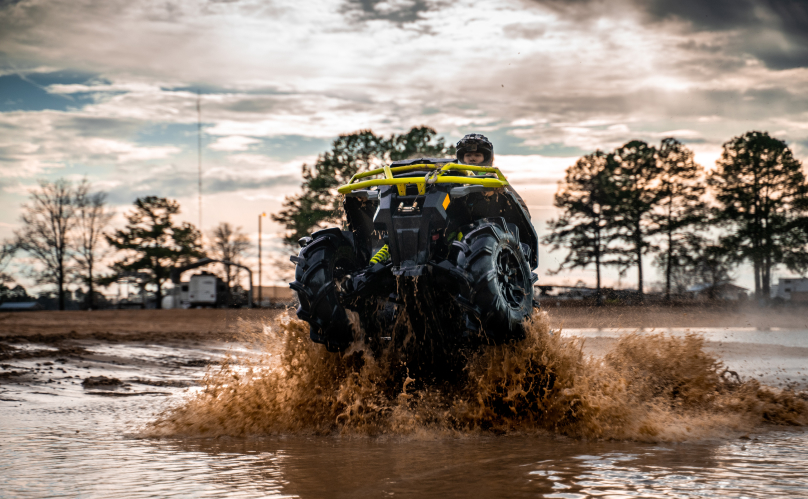 From JR to XMR

Meet JP Stephens — the young but gold! The guy who makes his own dream come true. He was an ordinary salesman and now he is one of the most interesting and coolest off-road YouTube vloggers. He made it, so you can too. Started with a JR 50 dirt bike… now he is bombing on a 2020 Can-Am Outlander XMR 850.

Please introduce yourself, who you are and where people could see you.

My name is Jp Stephens and I make mud riding YouTube videos. You can find me on YouTube by searching "Jp Stephens".

How long have you been into off-roading? What made you take your ATV ride for the first time? How did everything go? Why did you choose this machine?

Do you remember your very first race? Or which race was the most memorable and why?

My only real race was on my Suzuki 50 dirt bike when I was young.

During the race there was a jump that all of the parents were telling the kids to slow down at. I was the kid that sped up and jumped it at full speed, crashing of course. They picked me up and I continued on.

Years later I switched to quads and I raced Gopher dunes and got a third, then Auburn Hills got a second, and then Paisley Rat track where I said I'd never race again and I won! After that I was addicted.

I try to ride at least once every weekend. Riding once a week is good enough for me, but I like riding twice a week also. I try to stay active during the week, I wash my machine and cover it with tire shine after every ride. I'm actually pretty lazy about the gear that I carry with me while I ride.

I usually just throw a few GoPro batteries in my pocket, put my larger camera in my FINNTRAIL bag and that's pretty much it, but I still make quality videos that way! I'm going to get a case soon that holds GoPro accessories and other things.

Tell more about your current machine. What did you change in it and for what purpose? On my Rancher I put a 35% gear reduction in it to help spin larger mud tires, an HMF exhaust and optimizer for more power, snorkels to allow the machine to go in deep water, a 2" lift, and 30" Cryptids. On my XMR Outlander I actually still have the factory snorkels, and the only upgrades I've made are the 29.5" Assassinators, the Big Gun Evo U slip on exhaust, and an EcuFlash.

The exhaust opened the machine up a lot and the flash allowed the Outlander to run properly and it woke the bike up quite a bit.

Many people know you, watch your videos, and follow you on Instagram and YouTube. But not everyone knows you in real life, what do you do? Has it ever happened that off-road skills helped you in your usual life? Or vice versa, did your usual skills help you during the ride?

I was a salesman at an ATV dealership and doing YouTube, but I just recently started doing YouTube full time. Knowing about off-roading most definitely helped me while I was selling ATVs and just being able to be social helps me while I'm out riding I'd imagine as I have to pull other guys winches pretty often lol. You are one of the youngest but popular off-road YouTubers. How did it all begin? How did you achieve such success? Can you share tips with aspiring off-road bloggers?

During high school I watched these kids absolutely take over the fishing YouTuber category and that's when I decided to do the same thing to the mud riding category.

I saw the potential and took advantage of it by posting mudding videos on my Honda Rancher and just didn't stop! Which is really the key. I continued to make videos and slowly improved the videos over time with better editing and adding another camera, etc.

The main tips that I can give aspiring off-road bloggers is to focus on producing as quality content as possible, be creative with it, have fun, and last but definitely not least, full send!

Is there anything to add for our and your subscribers?

Thank you guys for the support and allowing me to do what I do!

Tune your ride from head to tires! 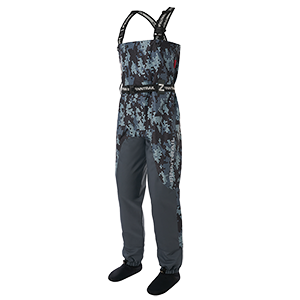 OUT OF STOCK
AQUAMASTER-Z
with central zipper
349 EUR 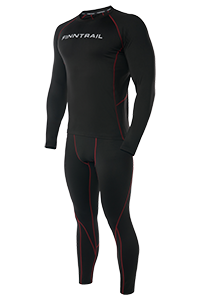 OUT OF STOCK
THERMO S
59 EUR 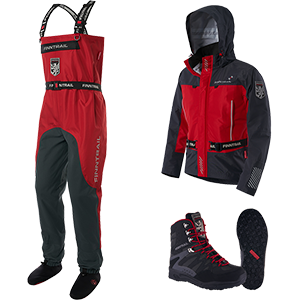