How to Fix An ATV Make Popping Noise

Popping and similar noises are both irritating and indicative of a problem with your machine. Either reason is enough for you to want to know how to fix ATV making popping noise on machines with carburetors. 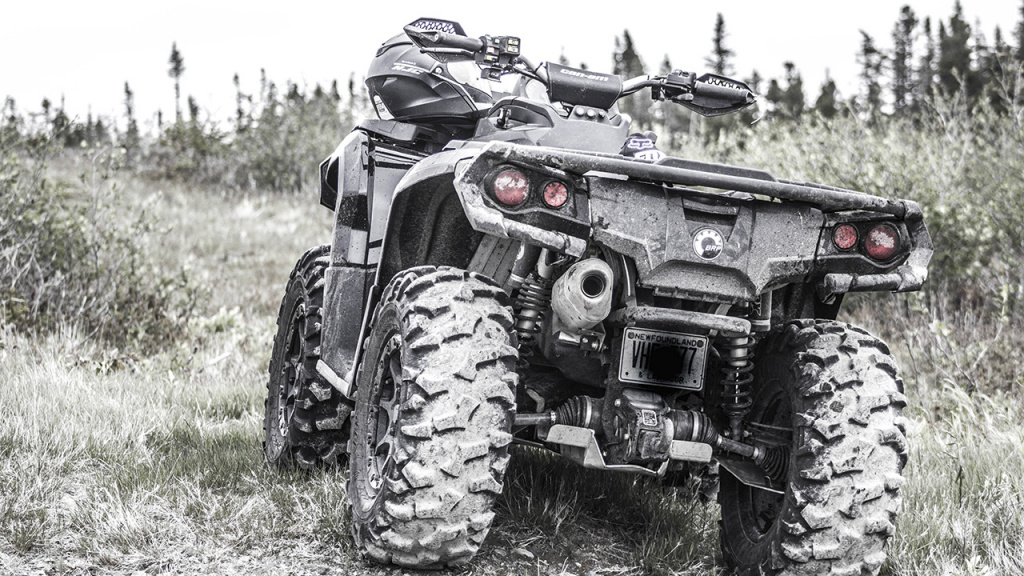 Why Does My ATV Make a Popping Noise?

An ATV usually makes a popping sound when it is running lean. ATVs rely on a specific AFR, the air to fuel ratio, to run properly. When you have too much air and not enough fuel, you are running lean. Most ATVs need a ratio of 14.7 parts oxygen to 1 part fuel, and the carburetor controls the mixture of air and fuel.

The Dangers of Running Lean

A lean engine is dryer and hotter than one with an appropriate AFR.

The ratio can be so lean that you get no combustion in your engine. When this happens, your ATV won’t run. This is the best-case scenario because it doesn’t damage your engine. It just keeps you from riding until you restore the proper ratio.

The engine can soft seize, meaning friction has caused the piston to rub against the cylinder wall and get burnt or scored. You can make it run again by correcting the ratio, but it will be permanently damaged so you’ll have more issues in the future.

A hard seize is similar to the soft seize except it is caused by more heat. It is much worse, because it will make the piston stick to the cylinder wall and bend and break the crankshaft arm. If this happens to you, you will have to rebuild or replace your engine.

You also need to determine what is causing the lean condition because whatever it is could cause more problems.

How to Know You’re Running Lean

Symptoms of running lean include:

Your ATV can be running lean and making a popping sound for several reasons.

The environment you’re riding in can make your fuel ratio lean because of changes in air temperature, altitude, and even dry conditions. When the weather gets cooler, the air gets denser and causes your ATV to run leaner. Lower altitudes and dryer air will do the same thing. You’ll need to rejet your carburetor to adjust it to the climate so your ATV makes a popping noise no more.

One of the most common reasons for running lean is improper or no rejetting.

Your carburetor needs to be rejetted when you make any upgrade that uses fuel or air and just periodically because wear and tear and vibrations can wiggle the jet screws loose.

A clogged or defective carburetor can cause your engine to run lean. It can’t do its job if something is wrong with it, no matter how well you’ve jetted it.

Try cleaning it. If that doesn’t fix the lean condition and you can’t pinpoint another of the potential reasons below, replace the carburetor and see if that works.

Old or contaminated gas can cause your ratio to run lean. You’re getting the right amount of gas, the gas just isn’t what it should be. Blended gas goes stale at around 1 month, and pure gas lasts three months.

If your gas may be old or looks or smells off, drain it and fill the machine with fresh gas. See if it works right then.

The petcock delivers fuel to the carburetor. If it’s bad, you’ve got little to no fuel flow. Most petcocks use a mechanical tap that is much more reliable, but some operate via a vacuum. When the engine cranks, it creates a vacuum in a vacuum hose that pulls the fuel through the petcock and to the carburetor. That hose can easily become damaged and throw the process off.

Test if this is the problem by bypassing the petcock and running the ATV. If it’s no longer lean, you’ve discovered the problem. Replace it or add a mechanical tap instead of a vacuum hose.

A leak in the carburetor’s bolts, gasket, or manifold on its engine side will cause a lean condition.

It can be difficult to find the leak, but a can of WD-40 makes the task easier. With the ATV idling, spray the gaskets, then the manifold, and then the carb adjustment screw. The WD-40 will momentarily fix the leak, and you can hear the difference in the engine and determine which part fixed it.

The valve lash is yet another part that controls the fuel flow and the AFR.

Adjust the valve lash and rockers, and make checking them part of your routine maintenance.

A lean condition and ATV popping noise can also be caused by:

If the popping sound is coming from your exhaust, it can be caused by a problem with the carburetor, an air leak in the exhaust system, or poor ignition.

If you are experiencing popping and backfiring at once, that’s not unusual because backfiring can be caused by both rich and lean conditions. Just determine the cause of the lean condition.