Why Is My ATV Smoking and How to Fix It?

Your ATV is your ticket to fun on the trail, so when it begins billowing smoke like a tire fire, it can be concerning. ATVs are built to last, but sometimes things need a tweak here or there, and excessive smoke means you need to immediately check your vehicle for the reason behind the smoke.

Smoke can simply be excess gasoline burning in the engine or indicate problems with cylinders, gaskets, or seals. In this article, we’ll look at how to diagnose the reason behind your ATV’s smoking habit and how to fix it.

If your ATV is excessively smoking, we recommend bringing it back to your garage immediately so you can troubleshoot the issue instead of making things worse out on the road. 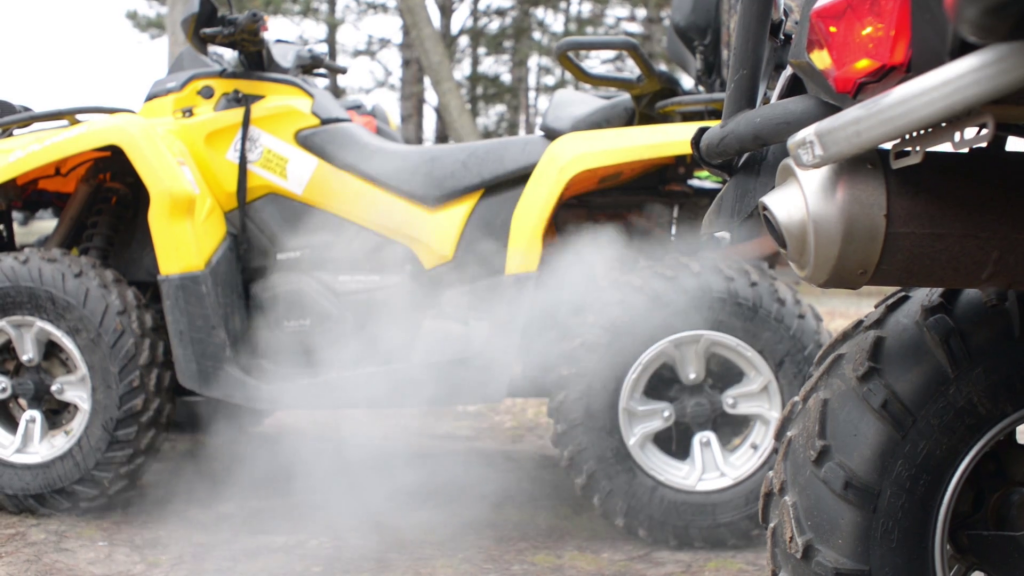 When you first start up your quad, it’s natural for there to be a little smoke. This smoke is just condensation burning off. As long as the smoke dissipates quickly, you should be good to go.

NOT ALL SMOKE IS THE SAME

The color of the smoke is a valuable indicator of what’s going on inside your ATV.

White smoke is the most benign type of smoke. It’s typically water vapor, and you should expect to see it from time to time, particularly when the ATV is first warming up.

A lot of white smoke, though, could mean that the radiator system is leaking coolant. You may also notice a sweet odor, and the coolant levels will be low. It’s essential to get this repaired as quickly as possible, as your ATV can easily overheat without sufficient coolant, and it will be a costly repair.

Blue smoke means your burning through oil. A certain amount of blue smoke is to be expected on a two-stroke ATV, but a four-stroke ATV emitting blue or gray smoke is poorly. You’ll probably also notice the oil in your vehicle is draining faster than expected. There are a few possible culprits:

Damaged seals – This is the most likely reason your ATV is leaking excess oil. Oil gets into the gasoline and air, causing the blue/grey smoke you see. Usually, this repair is best handled by a service center.

Old spark plug – A damaged spark plug is an easy fix. But make sure the issue isn’t with the piston rings, or you’ll simply wear out a new spark plug.

Damaged piston rings – Like above, if you suspect broken piston rings, then we suggest performing a compression test.

Black smoke means gasoline is being burned at a high rate in a rich fuel environment, which is bad for your vehicle. There are lots of potential reasons for black smoke:

Wrong fuel – Have you selected the correct type of fuel as recommended by the manufacturer?

Leaking fuel injector – This can usually be easily fixed by replacing the two O-rings.

Leaking carb float needle – Inspecting the float needle can show you whether gas is being leaked from a faulty float valve. It’s an easy fix if so, as you typically only need to replace the floats.

WHEN IS THE SMOKE OCCURRING THE MOST? 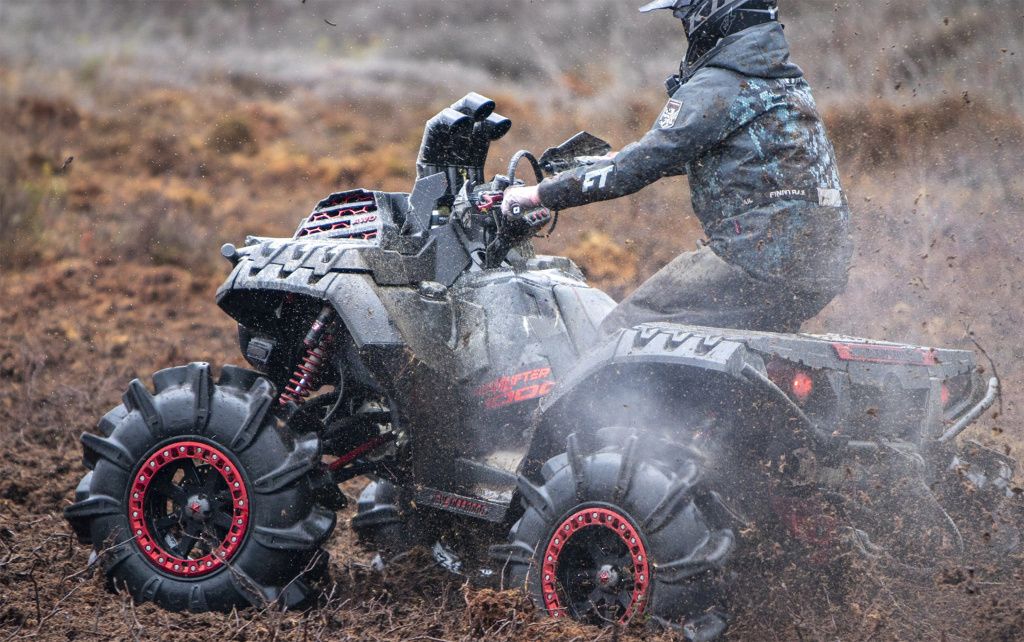 A good guide for the likely problem component is when the smoke is occurring during your ride.

If you find you get smoke mainly during the first 30 minutes or so of your ride, and then the smoke mysteriously disappears, this indicates a problem with the valve seals or piston rings.

If the smoke arrives each time you rev the engine, you’ve most likely got an issue with your piston rings. If you instead see smoke more when you let off the engine, this is more likely to be a valve seal issue.